At the risk of sounding cliche...Just Do It! 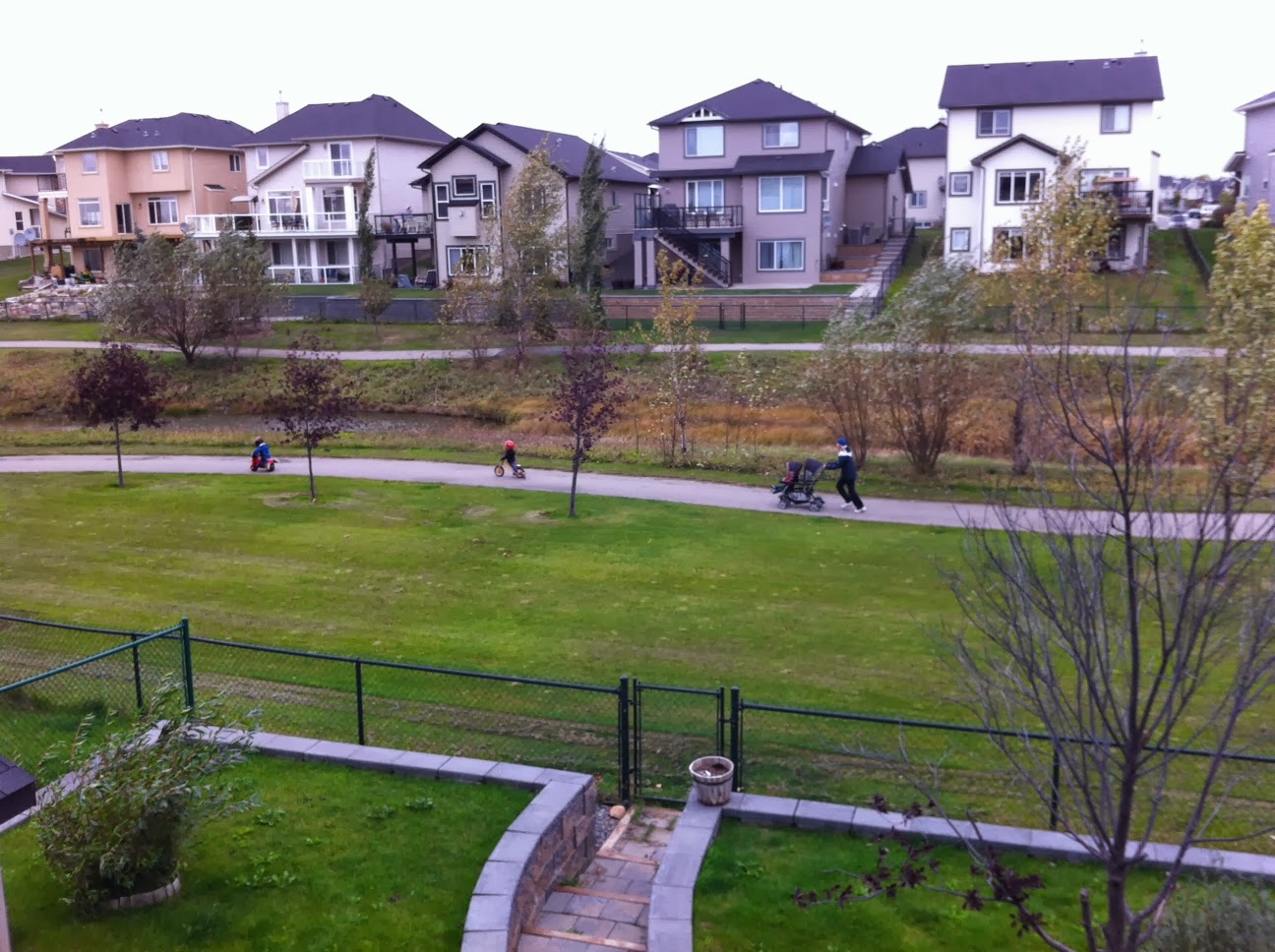 See that woman with a double stroller chasing after the two kids on bikes in the picture? Rather, do you see the bigger dark spot behind the two smaller dark spots on that path (Ryan took the picture from the deck with the iPhone).  That bigger darker spot, which is a a woman chasing after the two kids is me....me jogging...me attempting to jog.  Of course, I chose one of the windiest days of the week but here is my point.
When you get the urge to be active, just do it! Do it before you come up with a hundred excuses why you shouldn't and then don't and then regret it and then give up and then don't do it for so long that you might as well not ever do it because where do you even start.  What am I saying?...Just Do It (Nike really had something there.)
Do it even though you need better shoes and are waiting for a really good sale on a not-so neon pair of 'jogging' shoes.  (Note: I ran in a pair of 8 year old hand-me-down runners from my mother-in-law)
Do it even if you don't have the fancy running stroller you have been coveting from the avid mom joggers in your neighbourhood (who, I am sure, also sport those fancy running coats with the reflective V-stripe on the backside).  I ran with that ridiculous double stroller with the front wheels' turning lock on...sure made for some real muscle around the corners!
Do it even if you have three kids, two kids, one kid, fifteen kids.  Tell them you are going to chase them and if you catch them they are going to get the whoopin of their life or make them chase you and if they catch you, you have to buy them a tub of ice cream.  I opted for having the boys race around the creek and try to beat their best time.  The first time, they had to stop to look at every leaf on the ground and how the wind blew the water so I tried doing squats while they meandered. Second time around (yes, that 's all we did...it was freakin' cold!), we made half our time.  There was much to celebrate.
Do it even if you know it may be the only day you do it this week...or ever do it.  You will just feel good doing it.  I hear those new marathon running moms out there say, "It gets easier and easier until one day you crave running."  I personally do not get that and doubt I ever will be someone who says that phrase but hey, let's trust them.  Give it a try.
Do it even if you know you are only going to run, like, 5 metres.  Next time it may be 8 and then 15...
Do it even if its cold out. You will warm up.
Do it because you know it is good for you and you will love yourself for it...and you can eat that cookie later and not feel quite so bad.

Last week I tried to get the boys to ride their bikes while I ran to the park.  Well, Bubblegum's sandals fell off a gazillion times and the two boys got in a few pushing matches over who was in front but I made the most of it and did some pilates on the grass at the park (and some mean squats, step-ups and push-ups on the playground;which I learned from the wonderful Courtney Cassidy of FitMom).

With kids in tow, it probably won't be perfect but a little is better than nothing. Am I right or am I right?
So, Mom, if you are looking for that kick in the butt to get active...this is it! No excuses! Just do it!

Please tell me some stories of ways you got out there and did it!  This is a great way to encourage and challenge one another.  I would love to hear from you.

Have a great rest of your week!
Posted by Angela at 22:18

Angela
I am a not-so-natural mom learning as I go with my 4 boys and my film-making husband. 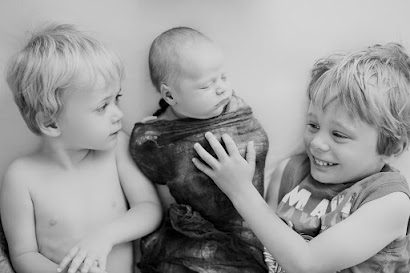 Looking for a photographer in the Calgary area?